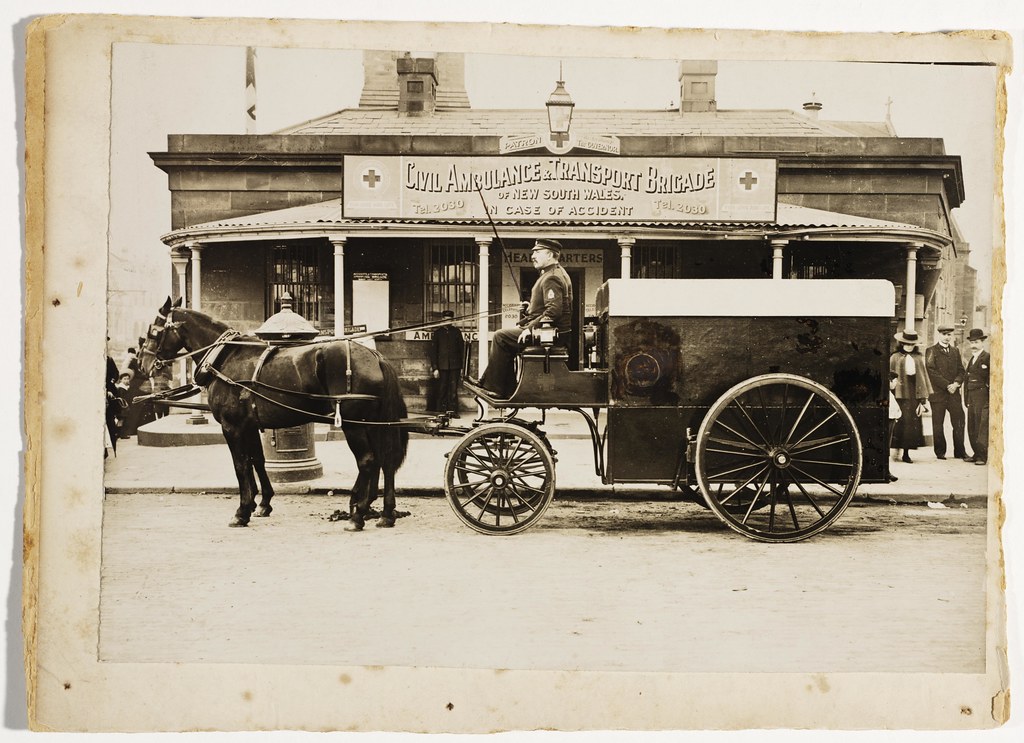 The Brigade was a dedicated community based organisation, operating the first horsedrawn ambulance in 1899 and first motor vehicle in 1912, both donated to the Brigade by the public. Radio controlled vehicles commenced operation in 1937, a rescue service in 1941, a training school in 1961 and Air Ambulance in 1967. Advanced life support and intensive care vehicles were introduced in 1976.

The people of New South Wales can be justifiably proud of the ambulance service they have built, and the dedicated men and women who continue the traditions of excellence in pre-hospital care.

The NSW Ambulance logo has, since 1920, featured a Maltese cross at its centre.

While the logo has evolved over time, the Maltese cross has remained as a representation of the humanitarian role of the staff working in the Service.

The four arms of the cross traditionally represent Faith, Justice, Temperance and Fortitude

The eight points of the cross traditionally represent chivalric values which have been interpreted to represent the skills and qualities of NSW Ambulance clinical staff.

The Maltese cross originated back in the eleventh century in Jerusalem where a group of monks who had traditionally treated sick pilgrims in their city, started supporting the thousands of crusaders traveling to Jerusalem via Constantinople.

These ‘Knights of the Order of St. John of Jerusalem' (as the monks were officially called) were required to go onto the battlefields and tend to the sick and injured. For that they needed to dress in armour and wear a symbol to indicate they were healers so they weren’t attacked.

They chose the cross of Calvary as their symbol. Their selfless actions - as what we’d call today first responders – resulted in their symbol becoming the most honourable badge worn on a uniform.

After the fall of Jerusalem in 1187, the knights started safeguarding the routes taken by medieval pilgrims and eventually came to Malta in 1530 where they were established for nearly 300 years. They became known as Knights of Malta, building numerous hospitals and healthcare facilities across the Mediterranean.

Their cross of Calvary continued to be decorated and inscribed by their admirers, evolving into the Maltese cross which we use today.

In 1895 in Sydney, the first Ambulance Bearers wore a red cross to signify their humanitarian role. In 1920, at the first meeting of the NSW Ambulance Transport Service Board the Maltese cross was confirmed as the symbol for the Service.

The design has further evolved in the decades that passed since this meeting, now culminating in the symbol NSW paramedics wear today; the symbol through which we identify ourselves as an organisation.

NSW Ambulance has been serving the people of NSW for more than 120 years. Our history and heritage can be traced, below.