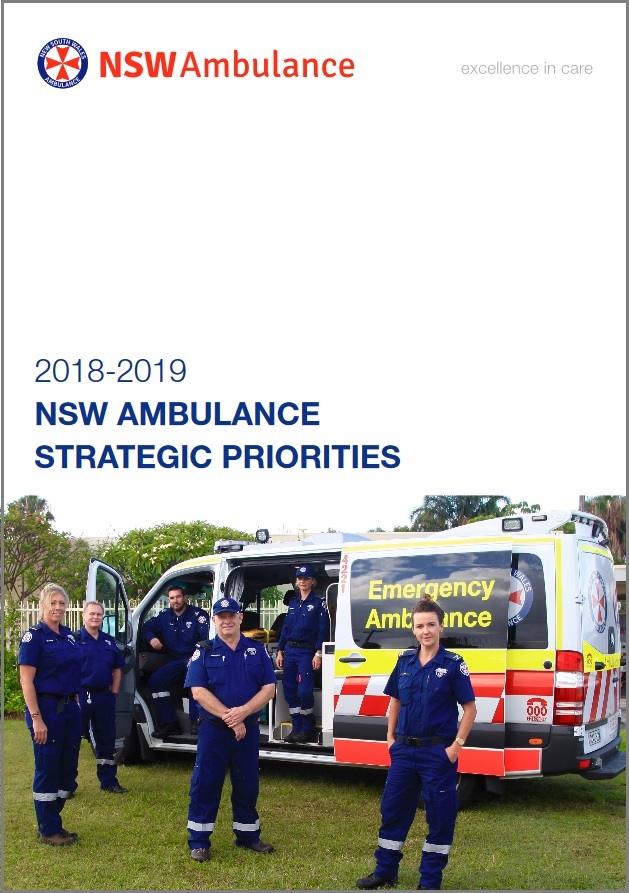 The following Frameworks identify the governance principles and practices that drive and support NSW Ambulance operations.

The Year in Review provides an update on our recent accomplishments and challenges and our progress towards achieving our strategic priorities.

Measuring and reporting on OHCA survival rates is an indicator of the quality of clinical care provided by ambulance services. NSW Ambulance has developed an Out-of-hospital Cardiac Arrest Registry (OHCAR) as a clinical quality initiative. The OHCAR contains cases attended by NSW Ambulance clinicians starting from 1 January 2017.

This is the first report from the NSW Ambulance OHCAR. This report provides an introduction to the registry, outlines the data is contains and sets out descriptive statistics for 2017. It provides a baseline for measuring the success of initiatives to improve outcomes for our cardiac arrest patients. On behalf of NSW Ambulance we are pleased to join other jurisdictions in Australia and New Zealand in cardiac arrest reporting.

The Annual Report outlines the functions and activities of NSW Health over the financial year, including those of NSW Ambulance. You can find the current Annual Report, along with previous reports, on the NSW Health website.

Bureau of Health Information reports provide independent information about the performance of the public healthcare system in NSW. A report is released every three months, and provides information on NSW Ambulance activity and performance.